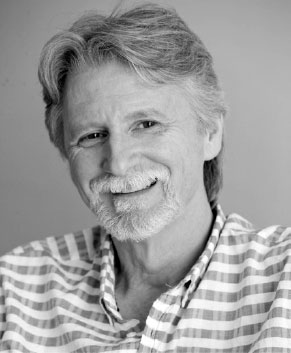 Clive Ridgway, accomplished songwriter and author of ‘Crack The SONGWRITING Code’ is determined to bring songwriting into mainstream education: “Songwriting is much more than music, it’s the human connection.  My job is to demystify and simplify the complex process of songwriting – and with the right guidance and tutelage – students can not only learn a unique and empowering songwriting skill set, but also be equipped for a career in which they can apply their knowledge and be well remunerated”.

SAMRO, the South African Music Rights Organization that takes care of royalty payments to songwriters paid out R214 million to its members in 2017.  There’s a growing demand for original songs with more local artists having access to recording facilities. Local music quotas on radio are also going up, increasing the demand for radio friendly songs. The Cape’s tourism and conferencing industries are creating more work opportunities for performers with an authentic sound and a repertoire of original songs.

‘Crack The Songwriting Code’, Clive’s first book on songwriting was published in 2008. His second book on the subject titled ‘Head, Heart & Hands – a brave new approach to songwriting’ is due for imminent release. Songwriters are given a thorough overview of the writing process and guidance towards writing powerful, authentic and meaningful songs.

A radio stalwart, Clive is well known for his former role as Program Director of Kfm 94.5 – a station that shot to Number 1 position with 1.3 million listeners in 2005/6 under his management, before he was appointed Program Director for Smile 90.4 FM in 2012. He steered Smile 90.4FM to operational break-even point in just five years, attracting a loyal audience of 200,000 top LSM listeners. Clive won the Liberty Radio Innovation Award in 2018 for ‘amplifying the good news in the Mother City’.

Besides his BA from Wits and a Higher Diploma In Education from UCT, Clive’s many years of professional experience have earned him his teacher’s stripes. This experience, he says, has been garnered from the songwriting and music-industry school of hard knocks.

“Songwriting requires vulnerability, passion, creativity and determination. I’ve been through it all and have come out the other side full of gratitude, knowledge and anecdotes to share with students,” he says. “I teach a skill set of three core disciplines – versification, song construction and song composition. In addition to the art of songwriting, the art of compassion and the art of persuasion are explored. These are the core ingredients of the secret source that makes the Pop music product irresistible. My ultimate goal is to produce a community of songwriters that write songs with the potential of changing our city for the better. I encourage students to respect the singer-songwriter platform and be mindful of the power of a song to inspire and persuade”.